Just read about Troy Wolff’s death. Troy was a long-time staff member at Shoreline community college, where I attending in the early 2000’s. Troy was a fantastic teacher and will be missed. I studied with him and thought very highly of him.

Know he will be missed.

I wrote a brief post a couple of weeks ago looking at a local company, Zumiez, and some of their videos (you can read that here). The Everett Herald posted a story on Monday looking at one of the Co-Founders, Gary Haakenson.

My son is big fan of Zumiez fashion, so I’m closely attached to the brand. I’ve been quite impressed with my interactions with them, both in their stores and in the community. Their headquarters is just a few miles from my house, and I regularly drive past. All these bring about an attachment.

So, read up on one of my local brands and enjoy this snapshot into regional business culture. And into one of our areas entrepreneurs.

While I’m getting my son dinner ready, I see a tweet from a reporter friend stating the I5 bridge crossing the Skagit River has collapsed.

This image comes through Twitter, and I know this will be bad. 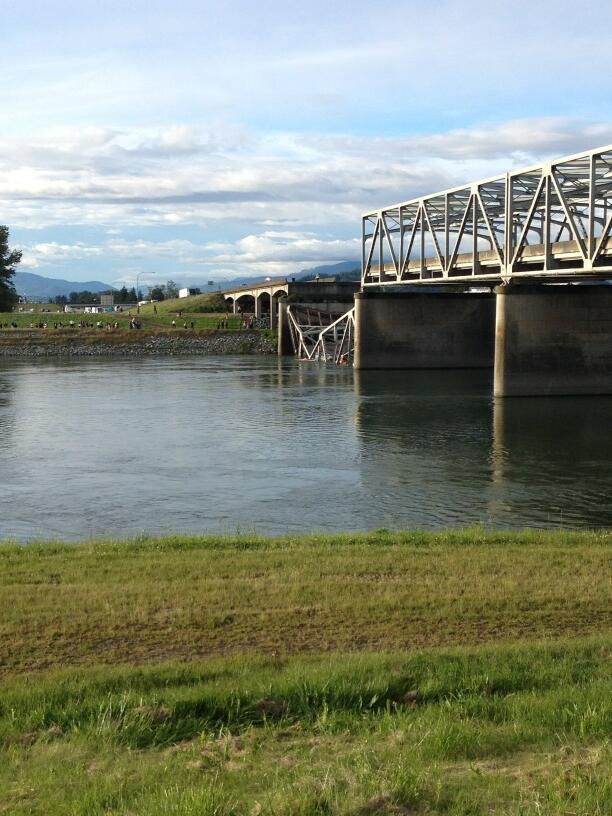 I’ve crossed this hundreds of times, know it well, and understand the impact this will have. Of course, that alarms me and captivates me.

I’ve engaged with breaking news on Twitter before, but this one has a greater sense of urgency, of connection than before. I engaged, mostly, on this Twitter feed, #I5BridgeCollapse, though there were a few others (most notably #SkagitBridgeCollapse and #Skagit).

As always happens, tons of speculation blast through Twitter. The bridge was “deficient”, reports of reports, bodies seen floating…and, slowly, pieces pull together. By now, we have a good idea of the basics.

Looks like an large truck carrying an oversized load struck the bridge. This is what precipitated the collapse. Lastly, and to me, most importantly, all the people tossed into the river were rescued and are safe.

I commend Gina Cole’s work today over at the Skagit Valley Herald, as well as that of her colleagues Erinn Unger and Lynsi Burton. Great journalistic pros serving our communities.

The next stage of this, though, will be painful. This shuts off the major north/south artery between Canada and Seattle. The routes around this are not designed for this level of traffic flow. We’ll all need to patient as we deal with that mess.

Now, it being a long and draining day, I’m going to turn off my electronics and head to bed. I’m sure there’s more to come.

Just got this email from Sound Transit:

Northline 1700 (departed KSS at 4:05) is being held due to the report of a suspicious package near Galer Street.  The Seattle Police Department has been called and we are waiting for their determination. This may also cause a delay in the departure of train 1702 (4:33 Seattle Departure).

It’s my sincerest hope that this is just some stupid mix-up and not something heinous. Of course, it’s quite likely that this is someone’s idea of funny.